I feel privileged that Katya has asked me to share with you some of my thoughts on what it means to honor others. The more that I thought about the topic the more I realized, honoring others is pretty darn hard! It’s like a three way game or rock, paper, scissors; God and others are showing scissors, and our pride shows up late with a big ugly rock. Honoring others is hard because it means letting our pride die to our love of others and to our obedience to God. Regardless of whether or not someone is very likable or in our eyes deserving of honor, in God’s eyes they are valued and deserving of honor.

What exactly does it mean to honor others?

The word honor has different connotations depending largely on a person’s cultural background. For sake of brevity we’ll focus on the definition given to the Greek word timao which is translated to honor in our bibles; the word timao means to prize, or to fix value upon. How this is applied to different situations and relationships is usually in one of two ways, both of which involve laying down our pride but in different ways.

The first way of honoring involves people that you generally like and it’s by actively honoring them, either with words or actions that assert their value. It could be by recognizing someone with affirming words telling others how awesome that person is or it could be by rolling up your sleeves and doing the dishes.

Honoring someone doesn’t always involve outward words and actions but could look like fighting the thoughts in your own heart about a person.

Why do we honor others if it isn’t particularly fun?

The short answer is because God told us to; although as many a bible story teaches us, we as people tend to prefer long walks in the desert over listening obediently to the short answer. So here’s the slightly longer answer, mostly because God values them and partly for our benefit.

We are commanded in the old testament to “honor your father and your mother, that your days may be long upon the land which the Lord your God is giving you.” (Exodus 20:12). While most of the other commandments tell us what not to do, this is the only commandment that directs us to take action, it’s also the only one with a promise attached.

The reason that we are tasked with honoring our parents is because they are the first authority in our lives that we recognize; we know our parents authority from the moment we’re born. It isn’t until much later in our childhood development are we able to comprehend God’s authority and the authority of others. We are to honor our parents because it sets a pattern for our lives of honoring God and those in positions of authority.

This brings us to the second half of that commandment, the promise. What does it mean when the bible says “…that your days may be long upon the land which the Lord your God is giving you.” To me, the land is symbolic of whatever it is that God brings you to and what he has left under your stewardship. Whether that land is your career, your family, or some other endeavor, you give God more opportunity to bless it by being honoring to others. To make some oversimplified examples, if you don’t honor your employer your days at that job will be short, if you don’t honor your spouse then the days of your marriage will be short.

Who are we called to honor?

We’re supposed to honor everyone because God places value on every person but aside from the general mandate that we have to honor others there are some people that the bible specifically charges us to honor.

The first is your parents, God put them in your life for a reason; even if you don’t think that they are horrible parents and did everything wrong, you still need to honor them. If you’re not able to honor your parents it will make it that much harder to be able to honor God or others in authority.

The second group that you need to honor are people in authority, even Jesus on earth respected authority good leaders or bad leaders.

The third is your employer, in Colossians 3:23 it says “Whatever you do, work at it with all your heart, as working for the Lord, not for human masters.” Even if you don’t see a reward directly from your employer you’ll receive your reward from God because in the end, he’s the one what you are serving at your job.

The fourth person that you need to honor is your spouse, God actually gives some specific direction on this in 1 Peter 3:1-7. It directs wives to submit and respect their husbands and in turn it directs the husbands to consider your wife. Husbands and wives are charged with honoring each other in different ways because of the difference in how we’re each wired. Most husbands feel the most honored when they feel that their wives respect them and their authority while most wives feel most honored when their husbands go out of their way to show her that she’s valued.

How do we start honoring others?

Honoring others is hard because we are by our nature very prideful and honoring others has to come from a place of humility. To be able to honor others we need to realize that their value and our value comes from God and isn’t based on our own merits. We don’t lose any of our own value by honoring someone else, and we don’t gain any value by tearing down someone else; the value that God places on us isn’t a finite resource that needs to be hoarded.

To be able to start honoring others more in our lives starts with simple attitude changes. To show someone’s value just make the effort to express their value, either by actively honoring them with your words or actions, or if it’s someone more difficult you can start by working on your own heart issues towards that person and praying for them. Since honoring someone needs to come from a place of humility it’s usually a pretty quiet act, even if others don’t recognize your efforts the important thing is that God sees and in turn will honor you by it. 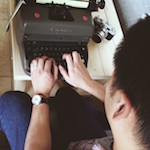 Hey Princesses, my name is Chris. I like photography, fishing, playing guitar and watching TV shows with my amazing wife April. I have had good days and bad ones, but what has brought me through it all is having Jesus. I feel honored everyday that He calls me son. I hope to encourage you by what I write and as my sister in Christ, I want to remind you that you are beautiful. Have a great day.

Because you are loved.

Thank you for being here and welcome to our home.

I have heard it said that harboring unforgiveness

Do you need prayer?

This website uses cookies to improve your experience while you navigate through the website. Out of these, the cookies that are categorized as necessary are stored on your browser as they are essential for the working of basic functionalities of the website. We also use third-party cookies that help us analyze and understand how you use this website. These cookies will be stored in your browser only with your consent. You also have the option to opt-out of these cookies. But opting out of some of these cookies may affect your browsing experience.
Necessary Always Enabled
Necessary cookies are absolutely essential for the website to function properly. This category only includes cookies that ensures basic functionalities and security features of the website. These cookies do not store any personal information.
Non-necessary
Any cookies that may not be particularly necessary for the website to function and is used specifically to collect user personal data via analytics, ads, other embedded contents are termed as non-necessary cookies. It is mandatory to procure user consent prior to running these cookies on your website.
SAVE & ACCEPT